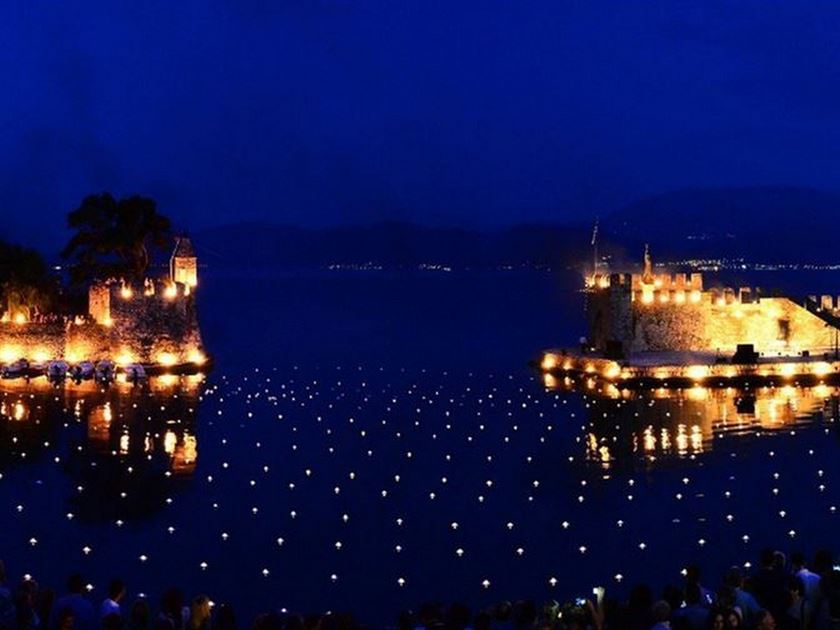 The Naval Battle of Lepanto

Nafpaktos, or Epahtos for the locals but also Lepanto due to its Venetians conquerors, is known until today to preserve its history and its name which is heard throughout the whole world due to the famous naval battle, a milestone of 1571, which took place at the mouth of the Gulf of Patraikos besides the islands of Echinades. The naval battle was an important historical event, as the threatening for Europe Turkish naval force was defeated.

The reenactment of the Naval Battle of Lepanto is organized every year in the beginning of October honoring this historical battle and offers a spectacular performance to its audience.

The Custom with the Epitaphs

On Good Friday, during the procession of the epitaph, a spectacular event takes place that you have never seen something like it before. Find a spot at the port early and wait for the town’s epitaphs to meet up there. The street lights are turned off and fires are lit at the embrasures and from the sea arises a flaming cross.

The atmosphere is as intense as is appropriate to the day, people chanting the Encomiums, the Municipality’s band playing mournfully and the town is enwrapped in darkness in order for everybody to admire the illuminated walls and the numerous fireworks.

This tradition has its roots from the 50s when fishermen gave their own stigma to this important for Christianity day. During the procession of the two epitaphs, they decorated the ports embrasures with hundreds of lit torches giving an additional intense touch to the already mournful atmosphere.